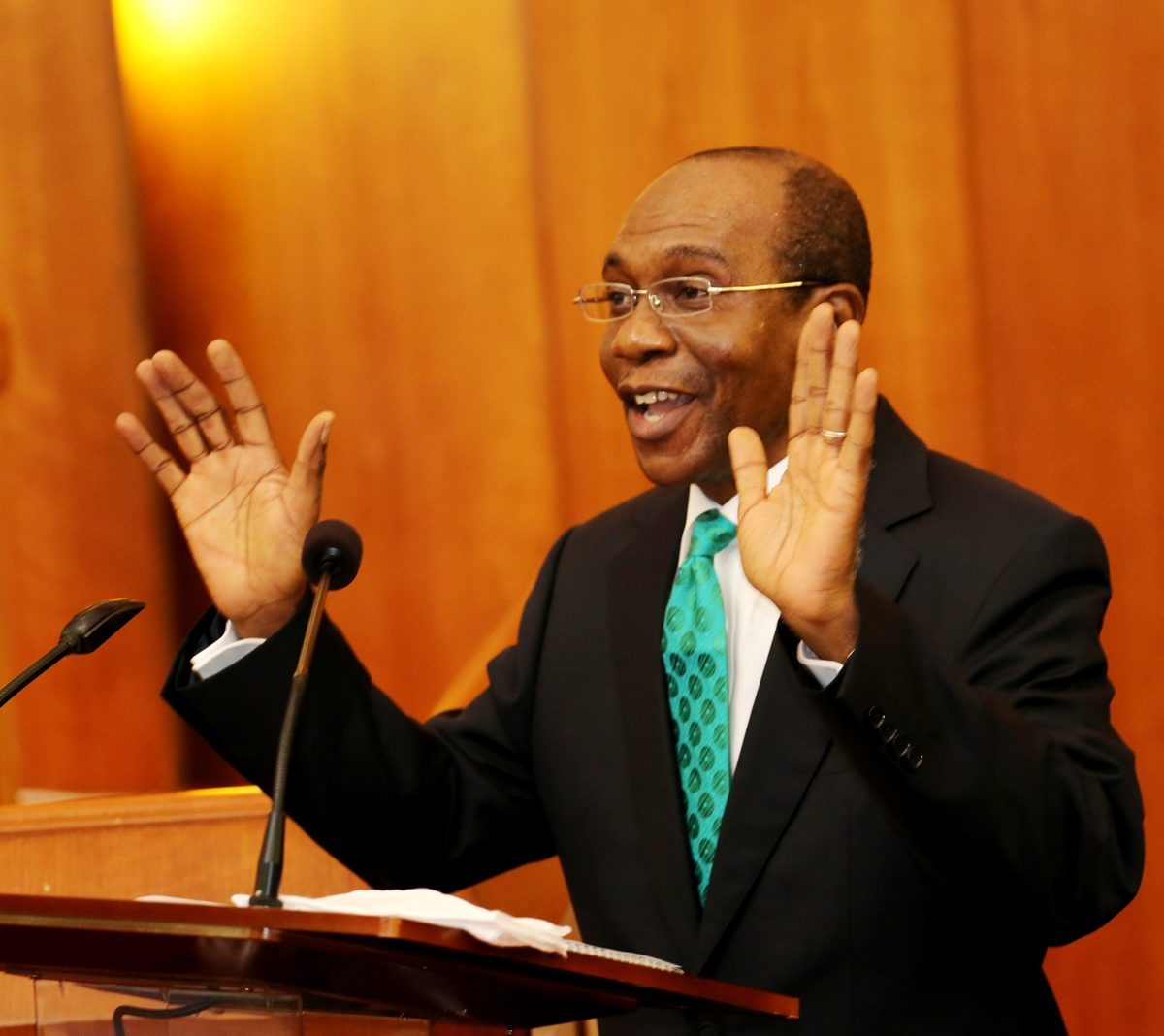 The Central Bank of Nigeria, CBN, said on Tuesday in Lagos that it would take decisive steps to ensure that Nigeria operated a 100 per cent cashless economy.

Godwin Emefiele, CBN Governor, made the assertion at the first-year anniversary of the Central Bank Digital Currency, the eNaira.

“The destination as far as I am concerned is to achieve a 100 per cent cashless economy in Nigeria.

“At this time, I can say from what I have read from online banking to introducing the POS to ATMs, to mobile banking, working and collaborating with the Ministry of Education, I want to say that we have provided all the necessary infrastructure that should enable us to make cashless a nationwide journey.

“It is not something that some of us will like but, we would in the coming weeks and months make pronouncements that must make cashless go nationwide.

“I believe part of those pronouncements will begin from tomorrow and there will be some breaking news tomorrow about it.

He said that the eNaira, which was another product added for Nigerians to embrace a cashless economy, had in its first year of operation, recorded over eight billion transactions.

He said that the apex bank would continue to refine, fine-tune and upgrade the eNaira as it was a journey of possibilities and not a one-off event.

According to him, Nigerians should expect to see additional functionalities in the coming months.

“Collaborating with the Ministry of Humanitarian Affairs through the creation of sector-specific tokens to support the Federal Government’s social programmes and distribution of targeted welfare schemes in a bid to lift millions out of poverty by 2025.’’

He assured the apex bank would continue to act decisively to encourage innovation, while at the same time protecting the interests of consumers and other stakeholders.

The Lagos State Governor, Babajide Sanwo-Olu, congratulated Emefiele for the courage to introduce the initiative and the success it had recorded in the last one year to further deepen the policy of inclusion in the financial ecosystem.

Mr Sanwo-Olu, represented by Dr Rabiu Olowo, Commissioner of Finance, Lagos State, urged the apex bank to try to win the trust of the people in this product.

“The need to engender the trust of the people in this product cannot be over-emphasised.

“That’s why financial literacy advocacy education campaign is very important as we move on, to get this product ready for its versatility, where it can be quickly and easily deployed to give out stimulus checks to the lowest income groups who need government handouts and intervention the most, especially during a recession or during a significant situation like the one we experienced during COVID-19 pandemic.

“This is the epitome of the influence that this innovation can have on inclusive growth and development of a nation,’’ Mr Sanwo-Olu said.

The eNaira, designed to provide Nigerians with a cheap, safe and trusted means of payment within the domestic and global economy, was introduced on October 25, 2021, by President Muhammadu Buhari, given the potential benefits, it portends for a digital economy.