The Pharmacy Council of Nigeria has revealed the list of 23 Nigerian universities offering the Bachelor of Pharmacy and Doctor of Pharmacy programs in the country.

The Pharmacy Council said the B.Pharm or the PharmD programs are the minimum registration qualifications to practice pharmacy in Nigeria.

The council, however, said it also recognizes senior pharmacy colleagues with only the Diploma of Pharmacy Certificate as their highest qualification.

The Chairman of the Governing Council of the PCN, Prof. Ahmed Tijjani Mora, made this known at a media chat on the gazetted PCN (Establishment) Act 2022, in Abuja.

Prof. Mora said the first university to produce degree holders in Nigeria is the Obafemi Awolowo University, Ile-Ife, in 1996.

He said, “The pharmaceutical landscape is getting better in terms of regulation and control with each legal instrument. For instance, the BME of 1927 was addressing dispensers, only as there were no pharmacy degree holders.”

The list of Nigerian universities offering B.Pharm and PharmD programs in the country includes:

He said the new act empowers the council to regulate not just pharmacists but all stakeholders involved in the pharmacy distribution chain, such as pharmacy technicians and patent medicine vendors, manufacturers, and importers, among others.

Also speaking, the Registrar of the Council, Ibrahim Babashehu Ahmed, said the council has delisted three foreign institutions over the poor performance of graduates from such institutions.

”We have recognized that we have some challenges from some of our foreign universities bringing in pharmacists. We have presented memos to appropriate committees of the council and currently, we have delisted three foreign universities because of the poor performance of graduates of those universities we have also written those institutions because that is the foundation.

“We have delisted three; two from Cameroon and one from Togo. We are also looking at some others coming from the Middle East. We have commenced our investigations to ensure they actually have what it takes to train pharmacists, otherwise, we take the same step,” he said. 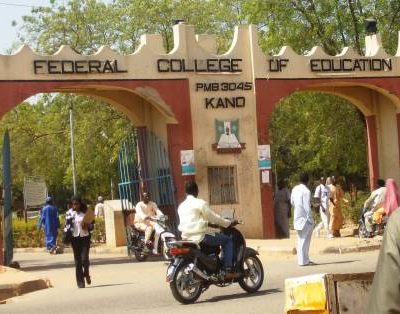