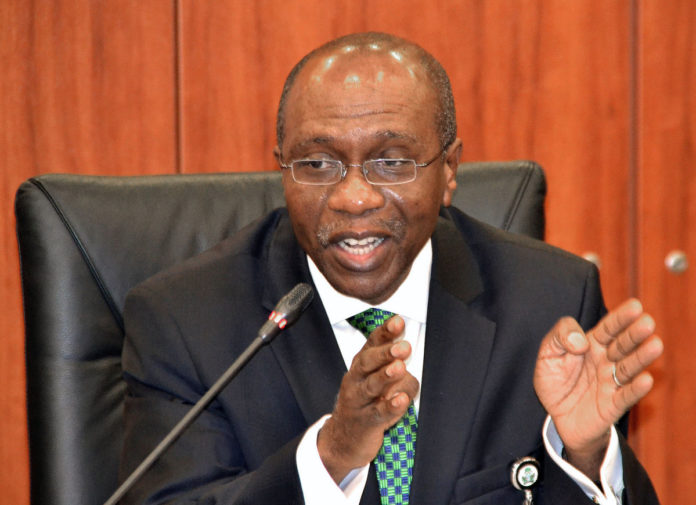 The Central Bank of Nigeria (CBN) disbursed N75.9 billion loan to farmers between last November and December, under the Anchor Borrowers’ Programme (ABP).

The fund was to support the cultivation of over 383,000 hectares of maize, rice and wheat during the year dry season, bringing the cumulative disbursements under the Programme to N927.94 billion to over 4.5 million smallholder farmers cultivating 21 commodities across the country.

In a CBN report, the apex bank said excess output aggregated from the financed farmers will be released to the Nigeria Commodity Exchange (NCX) to help moderate the prices of food in the market.

In addition, the apex bank disbursed N151.23 billion under the Real Sector Facility to 15 more projects in agriculture, manufacturing, mining, and services. The funds were utilised for greenfield and brownfield (expansion) projects under the COVID-19 Intervention for the Manufacturing Sector (CIMS) and the Real Sector Support Facility from Differentiated Cash Reserve Requirement (RSSF-DCRR).

According to the report, cumulative disbursements under the Real Sector Facility stood at N1.40 trillion disbursed to 331 projects across the country. As part of its effort to support the resilience of the healthcare sector, the bank also disbursed N498.00 million to two healthcare projects under the Healthcare Sector Intervention Facility (HSIF), bringing the cumulative disbursements to N108.85 billion for 118 projects, comprising 31 pharmaceuticals, 82 hospital and four other services.

To support households and businesses affected by COVID-19, the bank disbursed N20.29 billion to 40,521 beneficiaries, comprising 35,340 households and 5,181 small businesses under the Targeted Credit Facility (TCF) within the period.

According to the apex bank, the cumulative disbursements under the TCF stood at N369.78 billion to 777,666 beneficiaries, comprising 648,052 households and 129,614 small businesses. To further promote entrepreneurship development among youths, the bank disbursed N293 million to 59 beneficiaries under the recently introduced Tertiary Institutions Entrepreneurship Scheme (TIES).

Under the National Mass Metering Programme (NMMP), N47.83 billion was disbursed for the procurement and installation of 858,026 electricity meters across the country under the Scheme’s Phase-0.

There is also improved collections by DisCos as a result of increased meter installations. The bank released N274.33 billion to power sector players, to support the sector under the Nigeria Bulk Electricity Trading Payment Assurance Facility (NBET-PAF).

This was in addition to the N20.58 billion released to DisCos under the Nigeria Electricity Market Stabilisation Facility – Phase 2 (NEMSF-2).

To further support the development of enabling infrastructure in the gas industry, the bank released additional N300 billion for the augmentation of an existing infrastructure, bringing the cumulative disbursements under the Intervention Facility for National Gas Expansion Programme (IFNGEP) to N42.20 billion for six projects.